Trace: • philosophers_quest
Translations of this page:

Philosopher's Quest, is a “smart” adventure, where the player explores a strange land full of strange and unlikely things, some dangerous, some even magical.

In this authentic game the concept of adventure is fully exploited, and it is extended to include abstract thinking as a means to progress and survival. However, wild speculation will get you nowhere, you have to use your wits! The goal is to find all the treasures and bring them back to where they started, but in the meantime you have to sift through clues, weigh the risks, spot magic words and remember the path you came from!

Those who are not faint of heart and want to travel back in time, have with Philosopher's Quest an entertainment game in a different world, full of adventures, magic and endless strange things that will accompany us on this adventure.

The story begins with the player around an old junk shop. Somewhere in the back of the antique store is an old wand. Lying there and, well, what will happen… you wave the magic wand and you are transported to another dimension. Then follows a classic hunt through a labyrinth of tunnels, caves and rooms, where the player hears a voice telling him that he is going to explore and find the treasure and bring it back to the store, but the main objective of his journey is to solve the puzzles. excellent puzzles carefully provided by writer Peter Kilworth. Thus begins the adventure, the player will find a snake in the Garden of Eden, an old sailor, an old invalid, a whale and many other strange characters and places.

The game has no graphics, but it does have a lot of descriptive text. The puzzles are clever, devious, but quite logical.

As with many games in the classic mold, the vocabulary isn't extensive and the way you can input commands is limited. There are good tips for those who get lost along the way, and as with other Topology games, these are mostly suggestions, not answers. You have to interpret them to be useful.

The hint sheet has a list of potential difficulty areas listed as objects and locations. It has a number that can be typed into the computer; then you get a hint. You may be offered another one on the same topic and the answers you get will be clearer the longer you persist.

You can't save the game to RAM, but saving to disk is very fast and needs to be done frequently.

EXAMINE is not recognized at all. Although this may seem like an odd omission, it is based on the belief that the normal use of EXAMINE is as an additional puzzle, rather than as an aid to the player. The adventurer is supposed to automatically observe his surroundings carefully, so all relevant information is provided when he enters a location.

Philosopher's Quest is a bit dated in its presentation and command structure, but it will give you great playing satisfaction and excitement if you can solve it without resorting to hints. 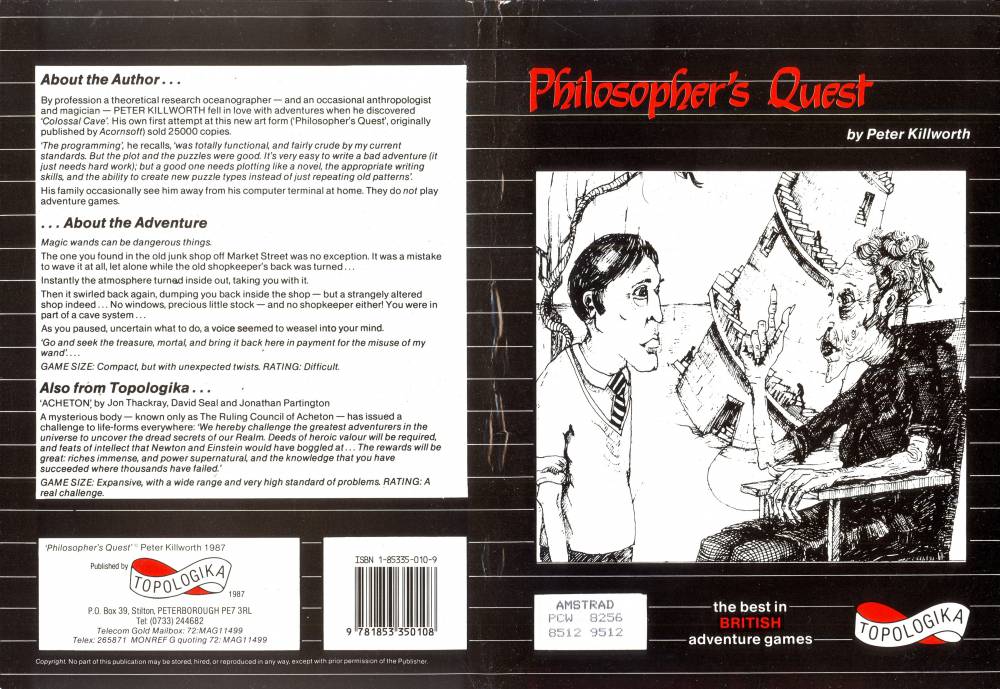 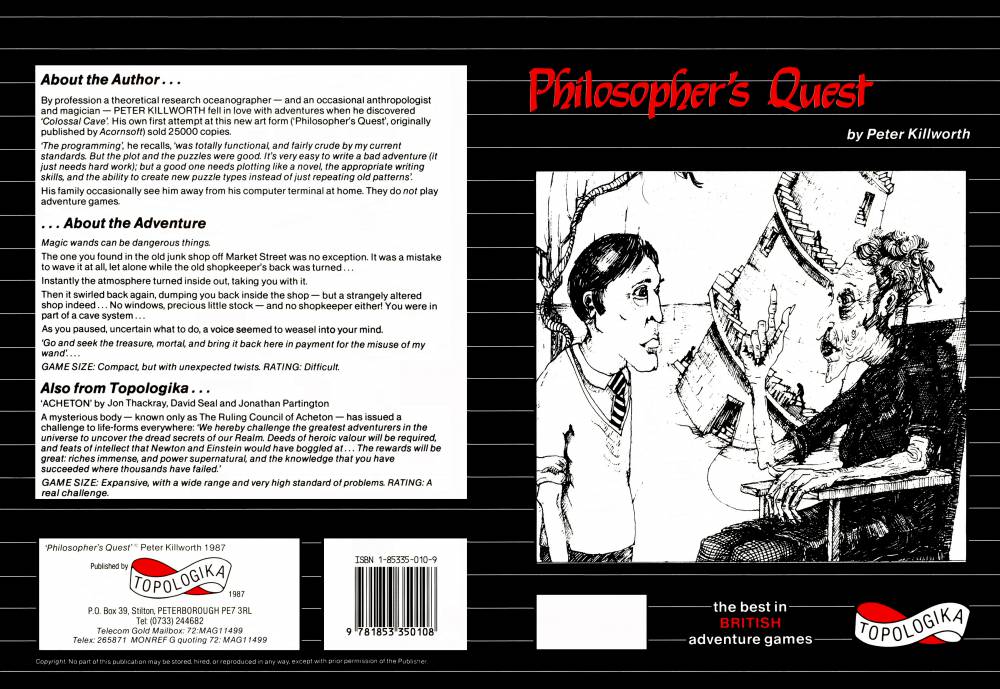 Below is the manual, printed double-sided on thick card stock in red with black printing. Its dimensions are: Width: 29.60 cm x Height: 10.50 cm. 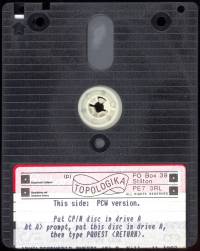 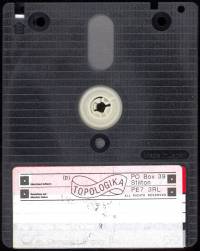 Custom labels to print. Over the years due to their use, the labels are damaged and lose their color and quality. Now we try to adapt the closest thing to the extent of our possibilities, the labels so that they can be printed and replaced or for those of you who work with a copy of the program and preserve the original disc. Measurement in 3“ height: 7.00 cm - width: 7.10 cm. The first image corresponds to the original game label, the second is the same modified label to replace the broken one.

Here you have the documentation that accompanies the game. Its dimensions are width 15.00 cm x height 21.00 cm. 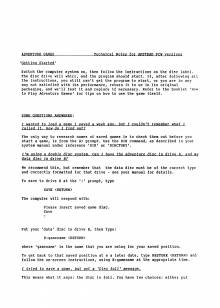 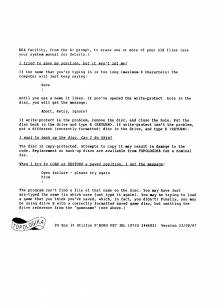 Here is the help guide that accompanies the game. Its dimensions are width 14.80 cm x height 21.00 cm. 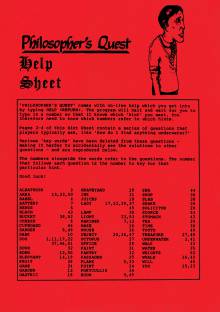 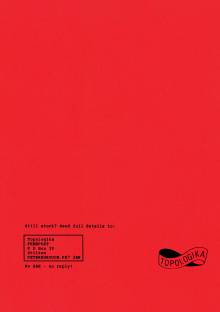 Here you have the map to make it easier for you to finish the game. The disc images, taken from the original version of Philosopher's Quest, have been recorded and verified.

Below you can download Philosopher's Quest game manual, guide and notes.