Trace: • omk
Translations of this page:

Omikron Soft, better known as OMK, was created in 1987 and one of the pioneering companies in PCW game programming in Spain.

Surely, all PCW users knew games like Sky War, Formula 1, Sir Lancelot or Strip Poker itself, created by OMK, that programming group that for so long was on the warpath producing games for PCW.

OMK was created at the home of Francisco Lozano (director), in a small room where they barely had a couple of MSKs, this is how this company really began its journey in the software world, creating titles such as “Trip to America” or “ Magic Pinball ”, among many others. It was then that they realized the market possibilities that the PCW offered and decided to specialize in programming this computer. 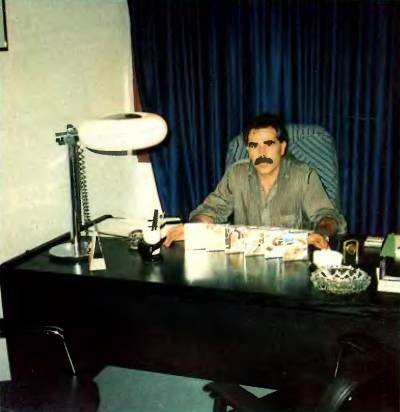 In the photo Francisco Lozano director of OMK

It all started when Víctor, who was Francisco's radio technician at the time, proposed the idea of ​​setting up a software company. Francisco let it pass, since Victor was leaving that same year to fulfill his military service, and it was on his return, and after Victor's insistence, when they embarked on this difficult world, fighting to obtain a quality similar to that of the programs that at that time were marketed in Spain.

At first it was difficult for them. They began creating some games that did not reach the level of quality necessary to be commercialized, but this did not make them stop in their efforts. They kept trying until finally all their work resulted in a program called “Trip to America” ​​which was currently only available for MSX.

From then on, the launches of new games followed one after another, being OMK's first launch for PCW “Formula 1”, a program that reached a high level of sales among users of this machine. The response was immediate and they then continued with a good number of new programs for the computers of this flourishing company: “Sky War”, “Sir Lancelot”, Strip Poker “and” Terracom “among others.

All OMK components focused their potential on the creation of a new motorcycle program, with digitized graphics, different types of scrolls and a lot of circuits in which they put our lives and fame at stake. This project was an incredible motorcycle race very similar to the Super Hang On of the arcade machines. 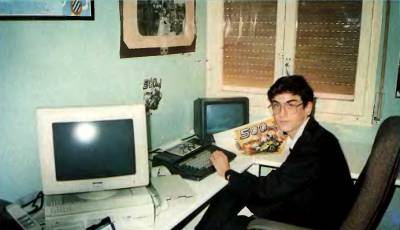 In the photo Antonio, OMK programmer

They were successful in much of Europe, as the constant efforts of all the components of this company contributed to the signing of a large contract with a major game distributor in Great Britain. 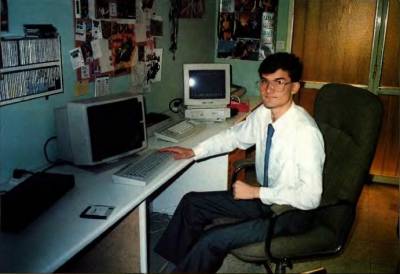 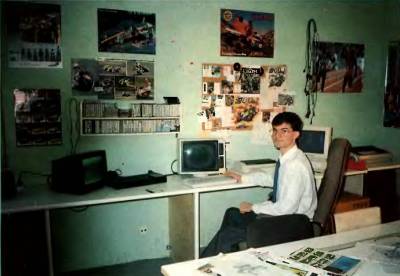 In an interview at the time, he commented that when nobody wanted a machine, due to its programming complexity, he was always willing to work with it and get the best possible out of it.

Every programmer feels the need to reach more in the programming of the machine with which he works, and even learn new things about other models that are appearing on the market. Víctor was a programmer who always had time to perform a new routine or discover some interesting information about all those machines that existed on the market.

His first steps in computing were not easy at all, but thanks to his desire to improve, the same that drove OMK, he managed to find a place in this difficult but exciting world. As he himself said, “there is no one machine that is my favorite; they all have their own characteristics, they are all generally good for programming.”

Victor had all the skills he had for programming. He constantly referred to all the machines and his enthusiasm for each one of them showed. When Víctor started programming, he had an MSX, with which he began to work and design his first programs, although these were not of acceptable quality, until the arrival of OMK's first release, Viaje a América. Thanks to the desire to fight that we mentioned before, PCW users were able to enjoy a good collection of games for their machines at the time, because it was he who proposed to Francisco Lozano, director of OMK, the constitution of this company.

Speaking with him, a certain desire for perfection was evident, proof of this in his love of model making, which Víctor shared with others, such as mathematics. One thing he was very clear about was that things like home were not done, and so he himself designed his own game development system for all machines. As he himself said, “it was a costly task, because at that time, when you started with an Atari team to use it as support for the development team, we found all the information in English”.

Some of his games were: Formula 1, Sky War, Strippoker and Sir Lancelot.