Trace: • ace
This translation is older than the original page and might be outdated. See what has changed.
Translations of this page:

Flight simulators is precisely what no PCW was missing. With ACE there were already four or five simulators, if not more, that were still located in the market for this computer. The difference from the others? Possibly simplicity, ACE was the simplest of those that had been tried, it let you play without having to learn cumbersome manuals and although it seems the opposite, the game is quite complete in all its variants. With this new ACE game, our PCW was skyrocketing, while we became the only remaining fighter pilot in the entire kingdom.

Inside a colorful cover, in which there are even color screens (they belong to the version for Commodore), and accompanied by some short instructions (in English), this avid fan of the PCW is presented with this flight simulator. It is not the first for these machines as we already said, since others such as Tomahawk or Strike Force Harrier can be cited. As you can see, if what we wanted was a flight simulator, there is already a place to start choosing, and although there is no purpose now to make a comparative analysis of the existing ones, we are going to “dissect” the ACE simulator.

The main feature of this program is its simplicity. Perhaps this can make many happy, but addicts to these types of games may be somewhat disappointed to see the PCW version of this program that has been made. For example, the low sound capacity of the PCW is well known to all, but that is no reason to deprive us at least of the familiar beep. Anyway, we must highlight the strong addiction caused by this game with its strong doses of action.

The mission to be carried out is simple: massacre all possible enemies (fighters, tanks or ships) until you manage to make the invader flee from our homeland. To do this, we are assigned three fighters armed with a machine gun, air-to-air missiles, air-to-ground missiles and deception flares to deflect enemy missiles. The plane, which can be controlled with a keyboard or joystick, is really easy to pilot, you just have to accelerate or decelerate, raise or lower the nose and turn to one side or the other. The program allows you to fly in sunny weather, at night and in a somewhat rough climate. In addition, it has four levels of difficulty, the first being the training mode.

Once in the air (at first it takes a long time to take off) everything is reduced, as in the others, to face a large number of enemies with our weapons. The type of combat will be chosen by us in the main menu: air, land or sea, entertainment, etc. Possibly the best detail of the game is the possibility of refueling in mid-flight by approaching a mothership and the subsequent connection with the supply tube.

As we only have three of our own bases (which can also be taken by the enemy) and the landing is extremely complicated, refueling in flight, the enemy and it occurs to him to send us his fighters. In extreme trouble, it is possible to jump off the plane and return to the mission from the beginning; This option also allows you to vary the type of mission during the game (we can attack multiple objectives, give greater importance to fighters, focus on tanks or go for ships) although this does not make much sense, because even if you choose to attack the Ground forces always appear some fighter or ship. To guide our flight, we have a strategic map showing the positions of the enemy units.

In general the game is entertaining and given the shortage of PCW software we cannot ask for much. The response of the plane is correct to both the joystick and the keyboard and the graphic presentation can be considered as good, although the same cannot be said for the sound, which is completely non-existent. It is not correct to speak properly of a work not exempt from a certain risk, especially if it is carried out inside an area dominated by a flight simulator, but rather an aerial arcade and considering it thus, it must be recognized that if what was sought it was a program with action and the sufficient degree of addiction we believe that they have succeeded.

ACE is a simple but interesting flight simulator. If you are bored by the manuals or you do not have enough patience to dedicate a few hours to your study, then of course this is the program for you.

The best thing about the game is the fast-paced action moments and the joystick detail and the worst the lack of sound and the feeling of realism is poor. 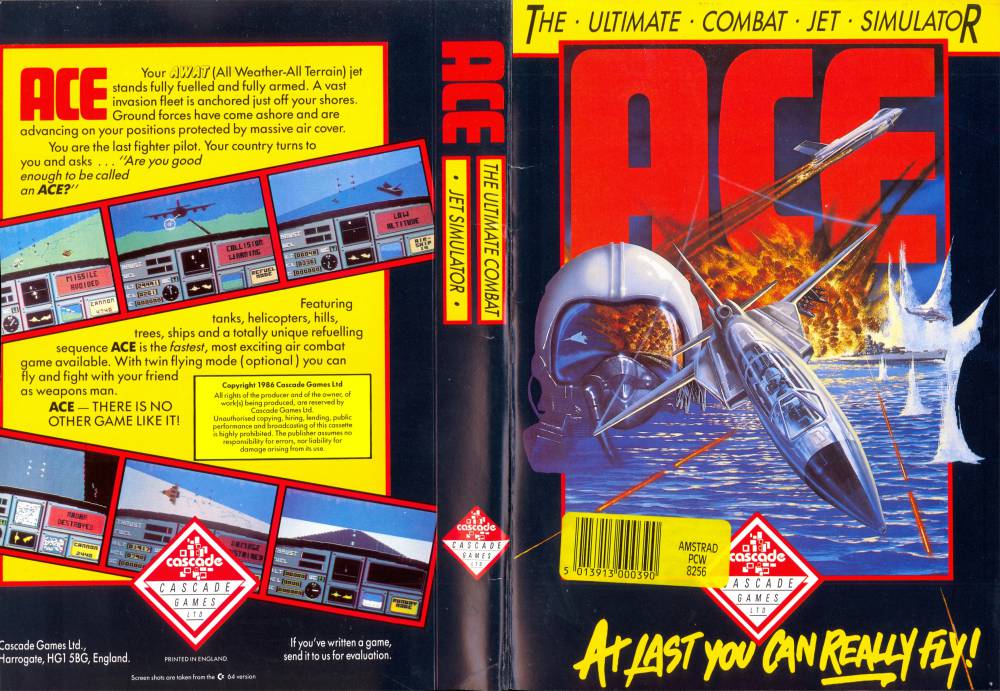 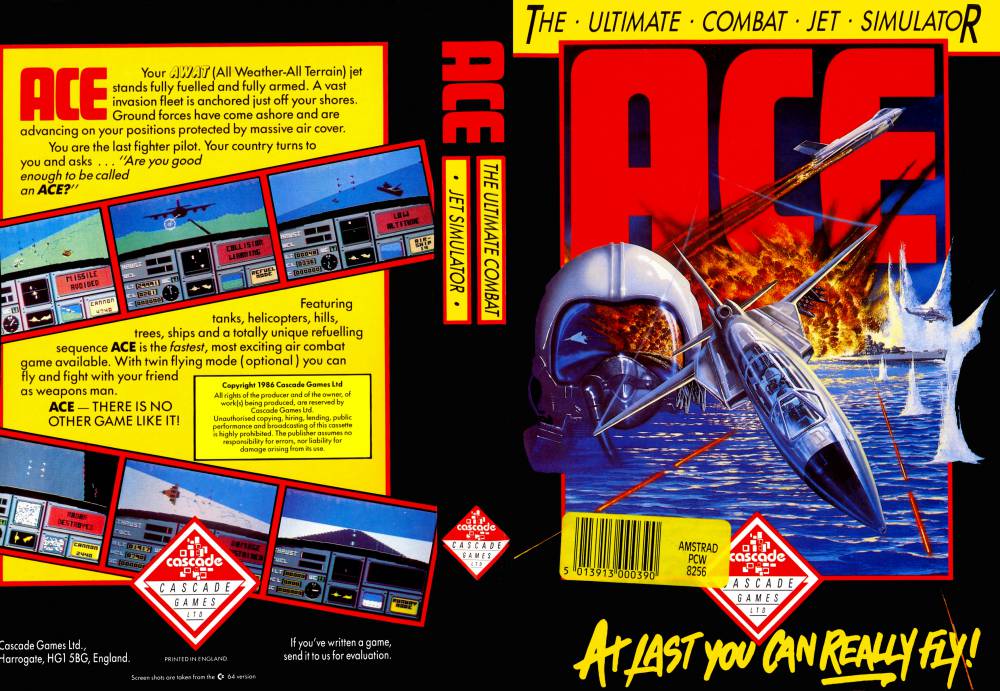 Below is the English manual folio size divided into two on plain paper by front and back. Its measurements are: Height 21.00 cm x length 29.70 cm. 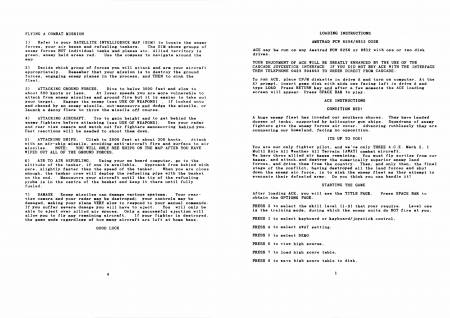 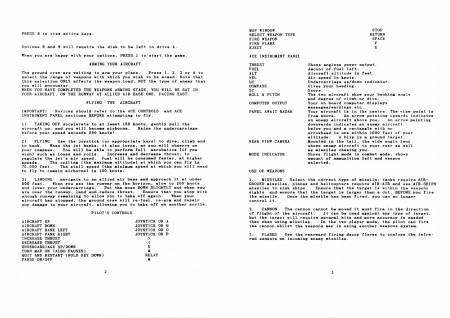 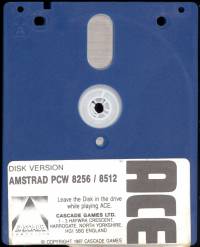 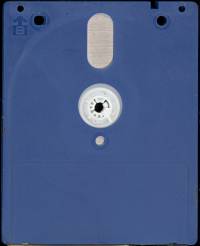 The disk images, obtained from the original Ace version, have been recorded and verified.

You can download the Ace game manual below or view it online.