Trace: • mess
Translations of this page:

Mess is the acronym for Multiple Emulator Super System, which as its name suggests is a multi-system emulator. This is in constant development and once gave support to the Amstrad PCW, but for unknown reasons PCW was left out of the successive versions.

It is an emulator based on preserving old machines in memory and that its emulation is as accurate as possible to the original system. It was released in 1998. Based on the core of MAME (another emulator) and under license from it, it allows free distribution and modification of the source code and executable files. 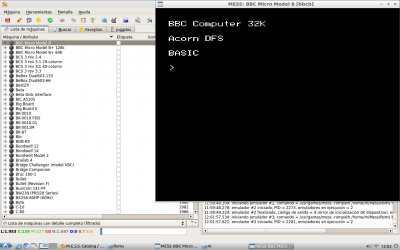 * Official page of the emulator