Trace: • interfaces_joystick
Translations of this page:

JOYSTICK INTERFACES FOR THE PCW 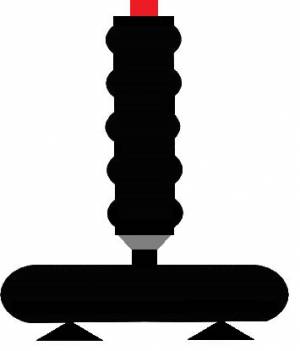 A PCW, games and a Joystick

A great player likes to devour any PCW game from head to toe, whether it's for the fabulous music of Head Over Heels, for the agony of the great Bounder, or for the tangled labyrinths of Batman. Well, now we will discover the mysterious interfaces that will help us to devour these games.

Small or large, gray or black, they are really varied. Let's talk about four of them.

In fact, for newcomers in the family of PCW players, this type of interface is very interesting.

FIRST: An arcade game involves numerous trips in all four directions of the screen plane. These moves are initially intended to be entered on the keyboard and this poses two main problems:

With these revelations, computer scientists from all countries came together to develop the joystick to preserve keyboards from ordeal and key fall. Unfortunately, they soon realized that each team had its quirks and their connections had some problems. Someone smarter suggested that they normalize the joystick so that each team had its own interface. From costing little money against what an interface would cost, manufacturers did not hesitate for a second and factories around the world began to produce these valuable interfaces.

Back in the day, joysticks were standard, suction cups, auto-fire, all-round joystick and especially a 9-pin Canon connector. 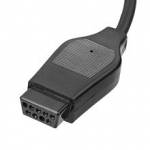 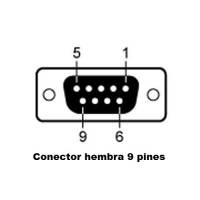 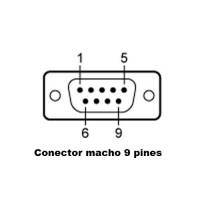 Everything was fine in the best of all worlds…almost none of the interfaces were identical (the usual, but more expensive), everything remained favorable.

The reason deserves an explanation. The interface connects to the expansion bus at the rear of the machine. The data sent by the interface can be between 0 and 255, and this, through the many input ports available. While a double compatibility problem: the port number and the values emitted by the different interfaces based on the movements imparted to the joystick. You can consult the table below with the port numbers and values obtained for each interface in each case. 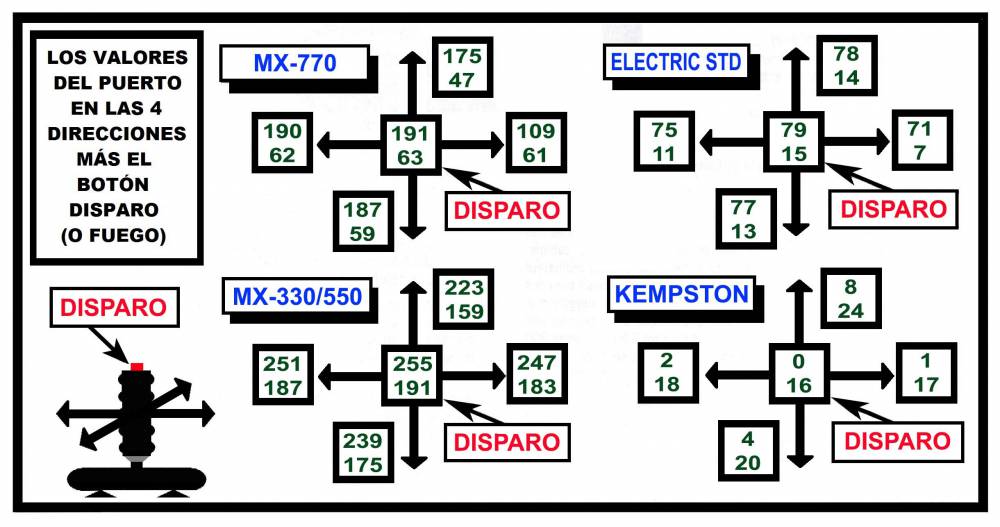 Port numbers are given in hexadecimal and decimal. These are tested by INP in BASIC and in assembler by IN

The values ​​given in the previous table correspond to the different positions: to the left, right, forward, backward and rest (center). Each value changes when FIRE is pressed.

At this stage, the doubts among the work companies and after sleepless nights, the software developers finally try to convince themselves with the programs of each interface, doing tests and routines for each one of them.

The result is not brilliant… In short, there is no interface that controls all games. Some, like Batman and Frank Brunos Boxing deny any connection. Others behave very honorably. Fairlight tolerates almost all but the DK'troniks. On the contrary, Head Over Heels pushes the luxury to offer a special music program that has the MX-550 interface and the result is really surprising. See the results of the tests in the table below. 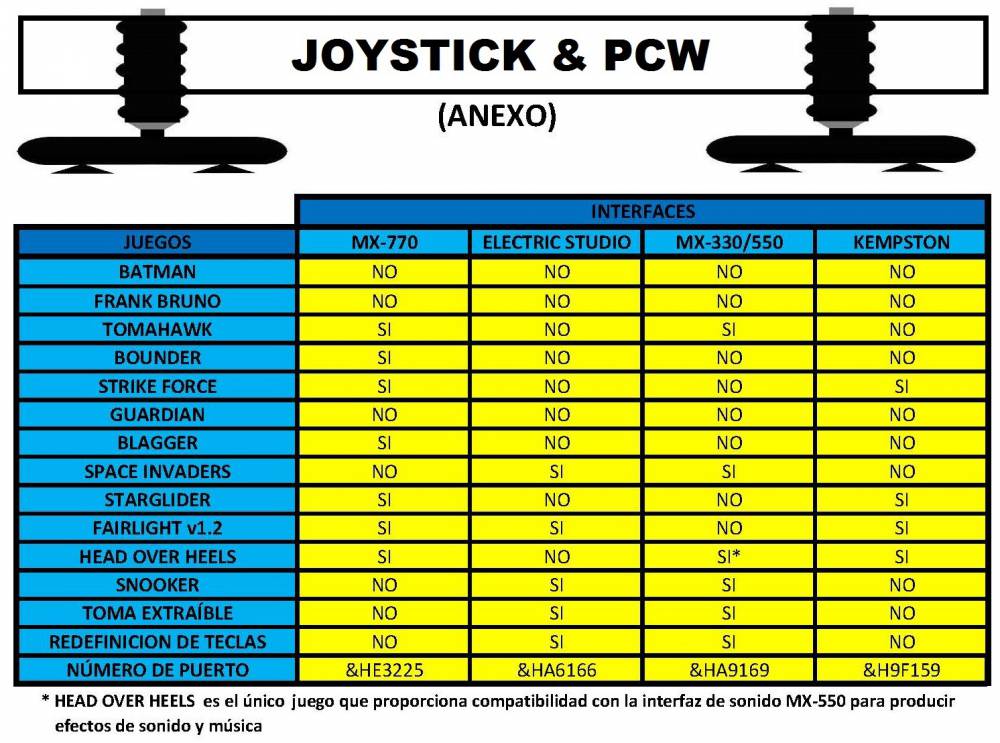 If the programs are visible, the interfaces are not lagging behind in terms of originality. Two types are first distinguished:

Finally, and as a conclusion, we cannot reveal the best interface compatible with each of the best games on the market. It is really impossible and you can see the tests in the corresponding table and check the eloquent results.