Trace: • prospell
Translations of this page:

After the success of Arnor's company Prospell as a spell checker for CPC464, Arnor decides to release it in Amstrad CPC 6128 and Amstrad PCW 8256 and 8512 series versions.

Locoscript was the word processor par excellence, but lacking a spell checker, it began to decline for most users, which led the company Arnor, one of the pioneer brands in this type of product, to create Prospell for the aforementioned versions, which was what the users of these machines demanded.

Unlike many other spell checkers, prospell works with several word processors, including Tasword in all its versions and, of course, Locoscript.

The factory packaging is usually hard plastic, with your software on a 3“ disk and a 17-page manual. Arnor advises you to work with a backup of the original disk first, to avoid formatting or deleting the files. originals containing the same on both sides.

Once the prospell is started, it will work with one or two units. The program automatically detects if you are using a second disk drive, since it will warn you when you need to change it and it doesn't care if the second drive is of CF2DD format, which allows greater storage capacity than CF2 format disks.

Once we have loaded the prospell, it is presented with a menu that will allow us to select, in a few steps, the spelling, the directory, change the current unit or choose a file from the control group. Group files are a set of files that contain a piece of text, for example, if a text file does not fit with Locoscript, we can split it into group files that the machine prints or spell checks treating as a single file.

The printer feature when enabled will display all unknown words in 4 column format. This option is especially useful when using the spell checker in the first step and before correcting it in the second step.

Once in the corrector, if the program finds any words that it doesn't recognize it will give us a selection with 5 options, “S” stores a new word in the dictionary, although it is generally a good idea to use the “L” command first before saving or add a word. The “L” command looks for the unknown word in the dictionary and tries to find the closest match, and if it finds it, it will show all those that match, ignoring the word, there may be some obscure word that we do not want to change or add to the dictionary. “V” will allow us to see the context of the word to see if it is correct or just because it is used in a sentence.

If you want to change a misspelled word, pressing “C” will bring up a text editor with the usual “Move to beginning or end of word, switch between insert or overwrite modes”, etc., which means that we will have to change the word by hand The corrector, first of all, will show a list with the incorrect words, optional by printer, but it will not let us correct until the next execution.

Using the “F” command we can search for words allowing us to use characters like CP/M instead of text that we might not know.

Quite a great program that works for most word processors in the Amstrad range. 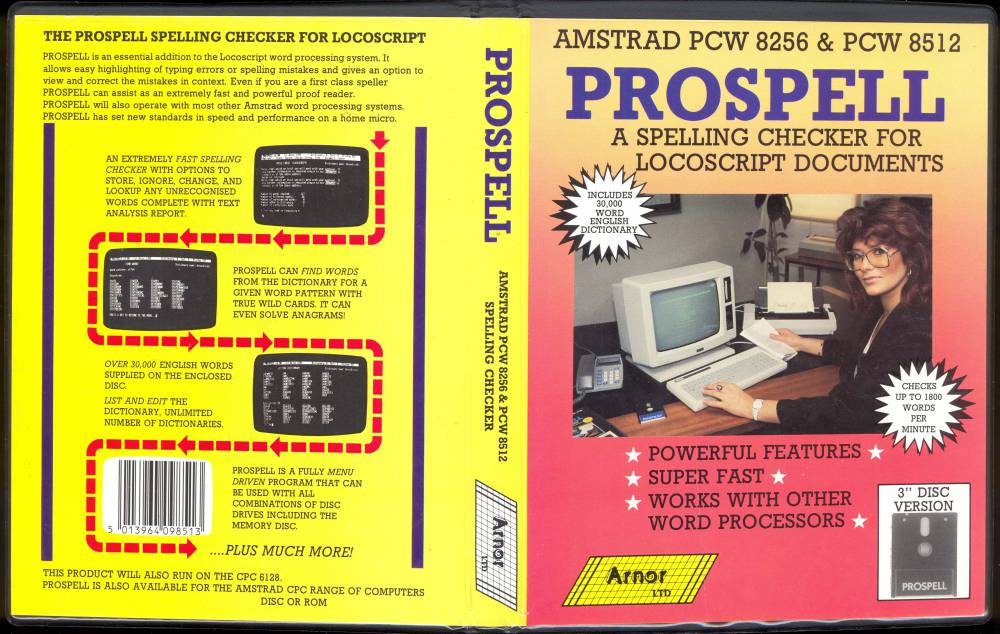 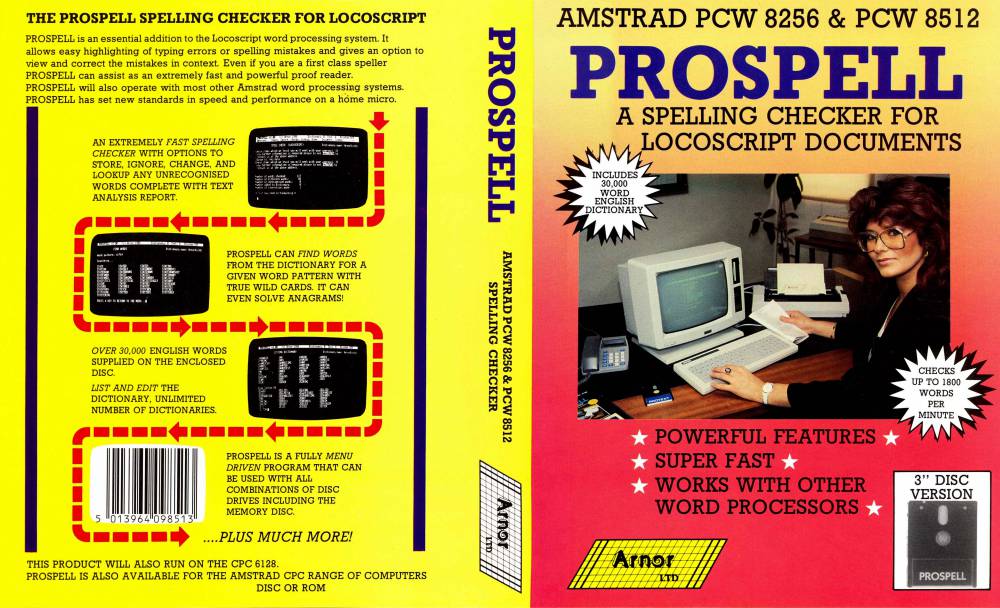 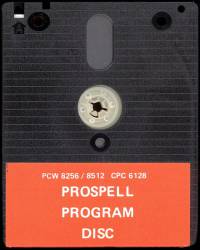 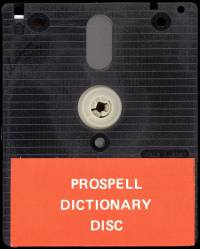 Custom labels to print. Over the years due to their use, the labels are damaged and lose their color and quality. Now we try to adapt the most similar to the extent of our possibilities, the labels so that they can be printed and replaced or for those of you who work with a copy of the program and preserve the original disc. 1.- Original label 2.- Label for 3” disc 3 and 4.- Labels for 3.5“ discs. Measurement in 3“ height: 7.00 cm - width: 7.10 cm. 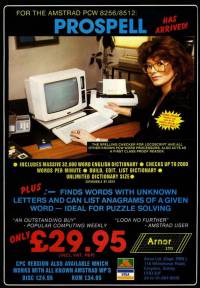 The disk images, obtained from the original version of Prospell, have been recorded and verified.

Below you can download the Prospell program manual or view it online. The manual sheet measures: Width 14.80 cm x Height 19.40 cm.