Trace: • arnhem
Translations of this page: 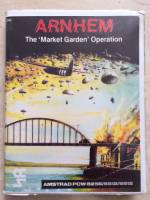 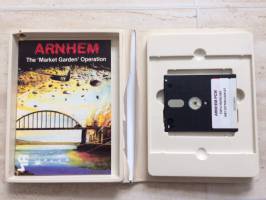 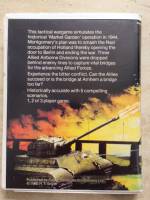 CCS launched this War Game based on the simulation of a historical event, the Market Garden operation, according to General Montgomery's plan to definitively stop the Nazi occupation in Dutch territory and thus open the door that the Allied army should lead to Berin.

War Games are a rare kind of program, in which the use of intelligence and long-term planning, with a series of limited resources, occupy a predominant place.

A War Game, aims to reproduce as accurately as possible, those battles whose outcome has been of capital importance for the course of History.

Before reaching the computer world, War Games were board games, in which the presence of two players was essential, and that due to the size of the maps and the large number of chips that must be handled, they forced lovers of these games to be carried out in a single day a marathon game of six or eight hours.

With the arrival of these programs in the computer world, we have the possibility to choose between playing against a friend or challenging the computer, a very interesting facet because we do not always find someone who is enthusiastic about these games.

We also avoid the problem of having to play the game in one fell swoop, because even recording it and continuing the game another day. But the biggest advantage that the computer brings to these games is that, in addition to the classic combat and movement factors, characteristic of each unit. Their combat behavior is influenced by other, much more sophisticated details.

The new factors are: Morale in the troops, very important in real battles and casualties suffered by a unit in combat.

In board games, these phases were non-existent and when a certain unit fought; or was annihilated; Or it was still intact with all its power and fighting capacity, something that does not conform to reality.

Thanks to computers, a much bigger approach to a real battle has been achieved in this type of games.

When facing one of these War Games, we must make the most of our intellectual resources, the morale of the troops, combat capacity, the terrain we are on, the position of the closest enemy units, their combat factor, etc. ., They are some of the details that we have to consider when entering combat.

The Battle of Arnhem took place in the month of September 1944, in which the allies intended to flank the German defensive line Siegfried by Holland and thus occupy the heart of the Rhur industrial zone.

Faced with this historical framework, fatal to the fate of Germany, we took command of the Nazi forces and prepared for the defense of our lines.

When the game starts we access a menu where we are given a choice between five different options, to start at the point of the mission that we prefer. Once we have made up our mind, we will have to move our troops towards the intended objective. The program is accompanied by a general plan that helps us situate ourselves in the place where the action takes place.

All the commands and movements appear throughout the game on the left side of the image, so that it is not much easier to use.

Unlike other War Games, it has very careful graphics and a large number of screens, distributed in five different scenarios which can be accessed as we choose at the beginning.

The program is very simple to use and very complex in terms of possibilities and realism, since it manages to get us fully into the vicissitudes surrounding this operation.

We can become responsible for a few hours of a vital war operation by moving our troops to final victory.

In the preparation of the program, the composition of the armies and the power of the different units have been carefully studied, so that at the beginning of the battle, the two opponents have the same troops.

For this, although the units are totally different, the combat and movement factors have been calculated so that those of one army balance those of another.

Victory is in our hands, we only have to direct operations from the general staff of our armies, on the screen of our computer, where the various reports of troop movement and battle zones will arrive on time.

Only our tactical ability and sense of strategy will lead us to victory.

The game is performed entirely graphically, on the map of the combat zone and does not require the introduction of any line of text, which greatly simplifies our work, allowing us to focus as much as possible in the course of the battle.

Lovers of War Games, will find the last of their shoe, those who have not had the possibility to face one of these games, will have the opportunity to use their cunning and intelligence to defeat the forces commanded by the computer. 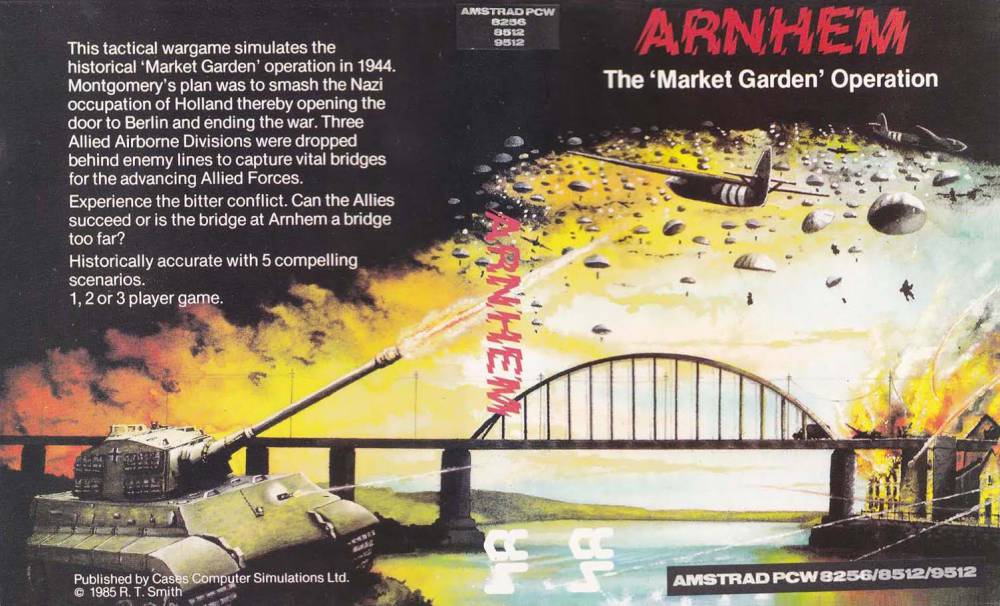 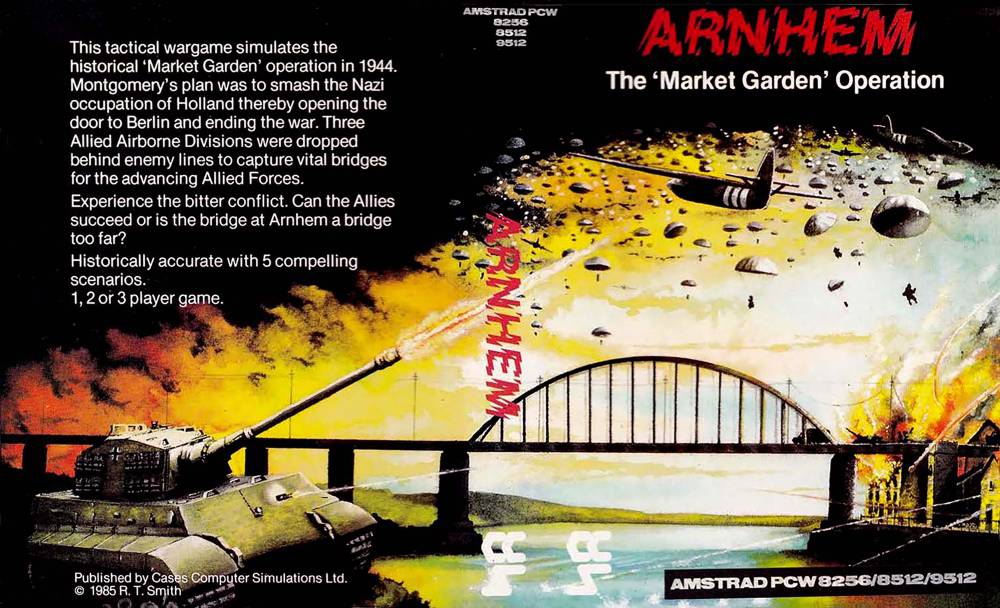 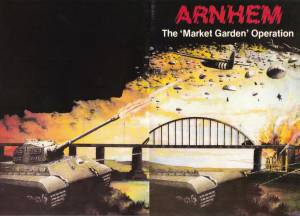 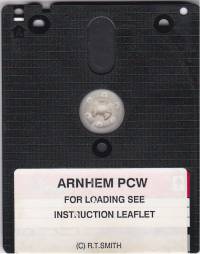 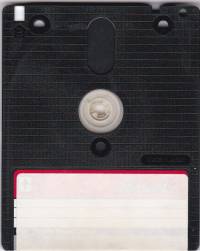 Custom labels to print them. Over the years due to their use, the labels are spoiled and lose their color and quality. Now we try to adapt the closest thing to the best of our abilities, the labels so that they can be printed and replaced or for those who work with a copy of the program and preserve the original disk. Measure in 3 “high: 7.00 cm - width: 7.10 cm. The first image corresponds to the original label of the game, the second is the same label modified to be able to replace the broken one and the third and fourth image is for the 3.5 “discs.

Game map to make the movement of troops easier and know where we are at all times. 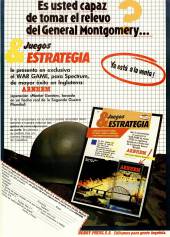 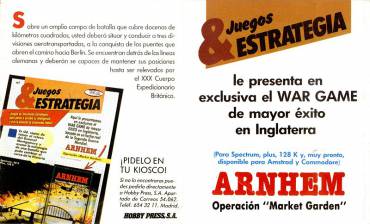 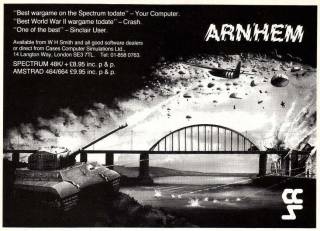 The disk images, obtained from the original version of Arnhem, have been recorded and verified.

You can download the Arnhem game manual below or view it online.